I initially became Vegetarian for the love and compassion I have towards animals. I believed by not eating meat and or animals I was helping reduce their suffering. I could not continue to participate in the many ways animals are exploited for food. It was a moral decision.

I went on with my vegetarian ways thinking I was making a healthy choice for my body and for the animals. I LOVED CHEESE and ICE CREAM so much. I ate cheese daily, there was no way I was about to give up my delicious, grilled cheese sandwiches, cheese pizza, quesadillas, etc.

I had no real idea about the amount of suffering that was going into my coffee creamer or my cookie dough ice cream...

I always knew that most of the milk or dairy products I consumed came from a cow. But my thinking stopped right there. I never researched out why or how my block of cheese or yogurt came to be. Maybe I already knew and had just pushed the facts aside to satisfy my cravings.

Well I decided to stop being ignorant and learn the facts about Dairy.

The first thing I found out really made me think and scratch my head... Why are we "trained" to think that we need milk from a cow to grow big and strong?

WE ARE NOT BABY COWS

Cows produce milk for the same reason that humans do, to feed their babies. I produced milk, and that milk was specifically designed for Graham, a human.

However, on most dairy farms calves are separated from their mothers between 1-3 days after birth. Why on earth would they do such a tragic thing? Well so you can drink milk, eat cheese and yogurt. That milk was intended for the baby calf, but is now being consumed by humans.

So what happens to that baby that was pulled away from its mother? Well the female calves often share the same cruel fate as their mothers. They’re bred or artificially inseminated once they mature enough. And then they have their babies taken away from them and are treated as milk machines until they are no longer effective at producing milk and are then sent to be slaughtered.

Male calves are taken, chained in tiny stalls and raised for veal.

The dairy farms are not able to make any money if they keep a dairy cow alive once their milk production declines. So they are usually killed at 5 to 6 years of age. A normal life for a cow is 20 years.

I had never thought about this until I decided to become vegan. Did you know that humans are the only species to drink the milk of another animal? It would actually be more natural for any adult still drinking milk to drink human breast milk. If that thought turns your stomach, so should the thought of drinking cow lactate.

We are the ONLY species that drinks the milk of another species. And we also consume it long after we are weaned from our mothers breast.  I would never go across the street into my neighbors field and suckle from his cows! Would you? I don’t think so.

Nutritionally speaking, dairy is bad news everywhere you look. Almost half of the calories in whole milk come from fat, and nearly all of its carbohydrates come from sugar—all of it in the form of lactose, which many people can’t properly digest. Worse yet, the fat in dairy products is every bit as saturated as the fat in beef. Dairy also has absolutely no fiber or iron. And if all that were not enough, you might contemplate why the FDA refuses to answer the question about whether there is pus in milk products. Yes I said PUS. Literally you are drinking pus from cow....

So if you oppose veal crates and the killing of young calves for food, you should know that buying dairy products helps to keep the veal industry afloat.

Lactase persistence in humans only developed as an adaptation because we were consuming non-human milk and dairy products beyond infancy. Every other species weans and then never drinks milk again for the rest of their lives, because they don’t have an enzyme to break down the sugar in milk.

Bovine growth hormones are given to cows to make them mature faster and produce more milk. And then as we consume that milk, we are also consuming that hormone.

A dairy cow can be given reproductive hormones and prescribed antibiotics by a veterinarian to ensure she produces an unnatural amount of milk.

A normal non injected cow generally only has two litres of milk in her udder at any one time.

But dairy farmers force her to carry 20 litres or more. Her udder becomes so heavy that she often develops an infection called mastitis. Now if you have ever breastfed, like I have. Mastitis is no joke. Its incredibly painful!

The strain this puts on her body means she is exhausted by the age of five. After so much stress her milk will soon dry out, and once it does she is no longer profitable. Once she is of no use she will be dragged off by a tractor, squeezed into a cramped truck, and driven to the slaughterhouse, to be killed and turned into burgers or baby food.

Calcium, is the first thing people say to me when they hear I am not drinking milk. How do you get your calcium? Are you worried Graham won't grow strong teeth and bones?

My answer to them is that we eat plenty of foods that are rich in calcium. We eat foods like collard greens, bok choy, and baked beans. Those are safer choices than dairy for obtaining calcium. I also mention that kale contains more calcium per calorie than milk (90 grams per serving) and is also better absorbed by the body than dairy.

Other plant-food based foods that boost calcium include: beans, nuts like almonds and seeds like sesame, broccoli, collards, whole-grains, and tofu.

As I have gotten older my acne has decreased but I will still get breakouts on my chin or the side of my cheeks. When I quit dairy, I noticed about 2 weeks in that my face was breaking out. It was so bad that I felt like I was in junior high again. I messaged my Vegan support group and they informed me that, as the body heals it can excrete toxins in many ways and some do exit through the skin. Milk contains testosterone hormones, which stimulate oil glands in the skin and contribute to breakouts.

Basically my body was detoxifying from all the hormones and toxins in the dairy prodcuts I consumed. Milk or cheese is an acne trigger. So since I have been going dairy free, I am becoming zit-free! It took my skin a little over a month to detoxify. Now, I have the smoothest and clearest skin I have ever had in my life!!

By talking about those points, my friends and family then ask how I enjoy food without Dairy, and if non dairy items taste good...

How to Go Dairy-Free

If the idea of rapidly removing all dairy products from your diet seems like a lot of work, then take it step by step.

Think about the dairy products you currently consume: chances are that there are one or two such foods you love, but a dozen others you eat regularly that you’re not crazy about. If, for example, you regularly consume whole milk, yogurt, ice cream,cheese slices, butter, and cheese pizza, it might be that yogurt and pizza are the only foods from this list that you could probably go without. After you decided, get rid of the other items, and you’re immediately halfway to being dairy-free! But the real key to success in eliminating dairy foods involves not cutting them out entirely. You simply replace them with tasty non-dairy alternatives. And oh my gosh are you in luck! There are all sorts of non-dairy products on the market that are truly wonderful.

Whether you decide to cut dairy out to reduce inflammation, figure out if you have an intolerance, or because you feel compassion for environmental and animal welfare, here are some ways to swap out your favorite dairy products.

ice cream: "Ben & Jerry's"! They have 7 non dairy flavors! The "So Delicious" brand has cashew, coconut, almond and soy based pints, ice cream bars and sandwiches. I love there salted carmel ice cream.

yogurt: "Kite Hill" brand has an almond milk-based. I love their raspberry yogurt.

milk: I drink Almond milk, coconut milk, cashew milk, and pea milk. My favorite brands are "Ripple", "Blue Diamond", and "Califia Farms". Graham has loved all of these and drinks his bottles quickly.

cheese: I have only tried these brands, and so far I love them!"Follow Your Heart" and "Treeline" "Kite Hill". I have had "Daiya" cheese and am not really a big fan of its flavor.

Dairy free is the way to be!

As a lifelong animal advocate and foodie, Megan shares her love of cooking & baking to produce cruelty-free recipes. She created Megan the Vegan Mom to share her passion for animals and raising a vegan family.
Megan offers animal-friendly alternatives to your favorite foods, but yet are practicable for young children. She seeks out establishments with vegan friendly menus and publishes restaurant reviews. 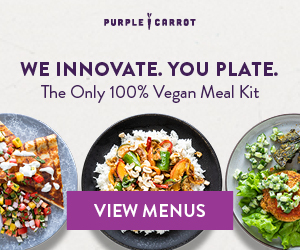